As a break from all the books, I thought I would round-up some of the new TV shows this fall that combine genres.  In my book The Readers’ Advisory Guide to Genre Blends

, I have a whole chapter on blends in other formats, including lots of great examples of blends on TV. As a readers’ advisory librarian, asking what TV shows a person likes is a great icebreaker for working with readers not used to articulating what kinds of books they like to read.  Folks who like genre blending in their TV might also like it in books, movies, comics, etc. But increasingly, librarians need to be comfortable helping people not only find books to read, but should also be prepared to help patrons find TV and movies they might like in our DVD collections. It might not be cool in the book world to admit you like TV, but I am unabashedly fond of a lot of shows on TV these day. TV can be a great medium for genre blending, as the episodic nature of the format gives creators lots of opportunities to play with different storytelling styles. So I watch a lot of TV, in between all the book reading, and these are my picks for new shows that are doing interesting things with genre. 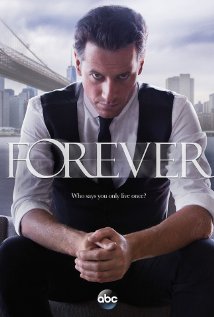 The ever-so charming Gruffudd (beloved star of the A&E Horatio Hornblower movies) plays a medical examiner for the city of New York named Henry Morgan who teams up with a NYPD detective (Garza) to solve crimes.  Sounds like straight-up police procedural, right?  The genre blend is that Henry is immortal.  Something happened to him back in the olden days (seriously, I don’t even remember — 1600s? EDITED: Whoops, way off, 1800s) that caused him to be reborn every time he dies.  And in the first few episodes he dies a lot — and each time he wakes up in the nearest large body of water, completely naked. We get just a sliver of Henry’s backstory so far, mainly focused on his last true love, Abigail, who he met in WWII and apparently married and had a child with.  Since Henry doesn’t age, we have to assume she dies a while ago (although with the angsty face Henry makes every time he thinks about her it was probably some kind of tragic death), but his child Abe is still alive and well and played by the delightful Judd Hirsch.  Their relationship is by far the best thing about the show so far, with a fun flipping going on between the aged Hirsch feeling protective of his young father and vice versa.  This is (and I’m going to date myself here) is like the old show Quincy where the ME improbably went around solving crimes (seriously, that’s not how this works) and Colombo (because Henry keeps going back to annoyingly ask *one more thing* before he magically solves the case) and Sherlock (cause Henry is smarter than everyone)  and Castle (because of the vibe between Henry and his cop, although she is not terribly interesting so far) — but with a dose of Highlander.  Honestly, I can’t tell you why it works, but it mostly does.  This one won’t ever be must-watch for me, not to mention it is bound to be cancelled, but I like it. 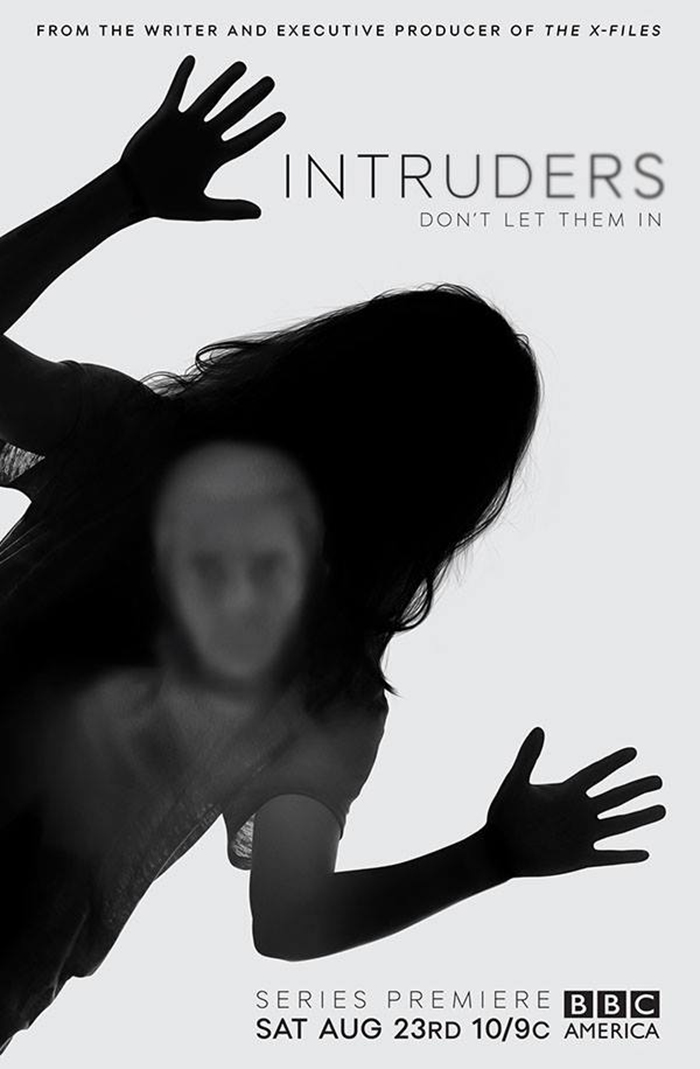 Sort of cheating to include this as it just finished up it’s short eight episode run this Saturday, but genre bending fans should go back and find it. The show is freaking bizarre.  It’s got a mystery, in the sense of no one knows what the HELL is going on (most especially the viewer) until way, way into it. Basically, there are cultists who are coming back in a reincarnation-y way and inhabiting the bodies of people and kicking them out of their own heads so that they can stay immortal.  It happens to a young girl (Millie Bobby Brown, who gives the most marvelously creepy performance I’ve ever seen in a child actor) who is taken over by a serial killer, and it happens to Amy, the wife of a former LAPD cop.  That cop (played by Simm) becomes our main POV character, and when his wife starts acting bizarre he follows her around and starts to learn of the Qui Reverti (the cultish group that keep coming back and stealing bodies).  There is a whole host of weird mythology: people going around with business cards with the number “9” on them, creepy books that start “In the beginning there was death” and a strangely significant sand dollar. James Frain plays a Shepherd, who is apparently supposed to help the Qui Reverti come back properly (and prevent the bad ones from coming back at all) but he’s got an agenda.  It’s very convoluted, but strangely compelling. It’s also based on a book, by Michael Marshall Smith.

This spin-off of my guilty pleasure Arrow is more overtly SF than its progenitor.  Oliver Queen as Arrow is a regular guy, albeit with supernaturally yummy abs.  But Barry Allen, played by the cute Gustin (although I can’t help but see him a little smirky from my Glee associations with the actor) becomes superhumanly fast through the time-honored comic book mechanic of a lab accident.  He adapts, very quickly, to his new powers, helped by the scientist named Harrison Wells (Tom Cavanagh) whose Star Labs caused the lightning that set off Barry’s change.  Wells is a good guy… no wait, maybe he’s a bad guy….  It’s basically too soon to tell, as the first episode shows him to have murky motives and a lot of secrets.  There’s also a love interest that Barry will pine for, best friend Iris West (Candice Patton) who thinks of Barry as a brother.  I sense that there will be good mystery blending going on with this new show.  I think, like with Arrow, The Flash will solve/prevent crime with his super powers (he’s also a crime scene technician in his day job), probably with some bad-guy-of-the-week action and a few big-bad arcs.  But there is a good setup for a bigger mystery of what killed Barry’s mom when he was a small child.  They show him coming down in the night, seeing a weird light phenomenon (reminiscent of his own super speed effect) and the next thing you know his mom is dead and his father goes to jail for her murder.  So the truth behind that whole mess will probably be the overarching mystery of the show.

You would think this would be a Fantasy/Police Procedural mix but they stripped all the magic and SF out of the Batman/DC universe. There are a few gadgets, and the time period seems not quite contemporary but not quite historical. It’s still pretty good, but not really a blend…so far.  We’ll see if more gadets or superheroes show up.